Outside Africa, no other country or even continent for that matter can boast of the five big and enigmatic creatures with an exceptional strike rate of sightings as Sri Lanka can. This exotic Sri Lanka wildlife tour lets you step into the depths of the Sinharaja rainforest for two nights, transiting in Mirissa for a night before venturing into the jungles of both Yala and Udawalawe staying two nights each and finally, a night of respite in the capital Colombo â€“ overall, a eventful nine nights. 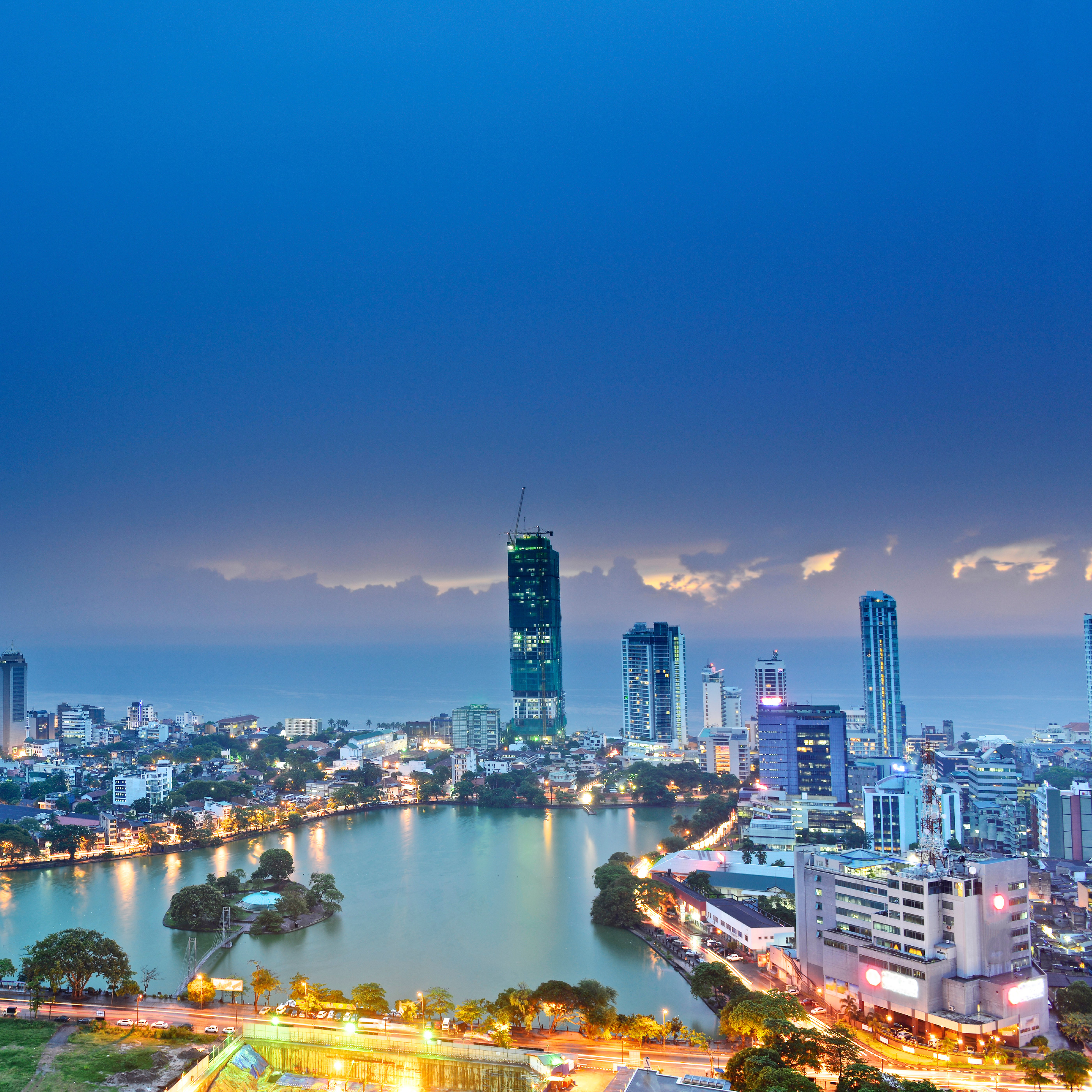 
At the airport you will be greeted by our Jetwing Representative and your Chauffer Guide who will take you into the capital city of Colombo. Once at the comforts of your hotel, relax and recover from any jet lag.

If you have spare time, your chauffeur guide will introduce you to some of Colomboâ€™s curious sites such as the vibrant markets of Pettah, old city of Fort, the Hindu Temple at Sea Street and the Dutch Church at Wolfendal or alternatively to indulge in some shopping. 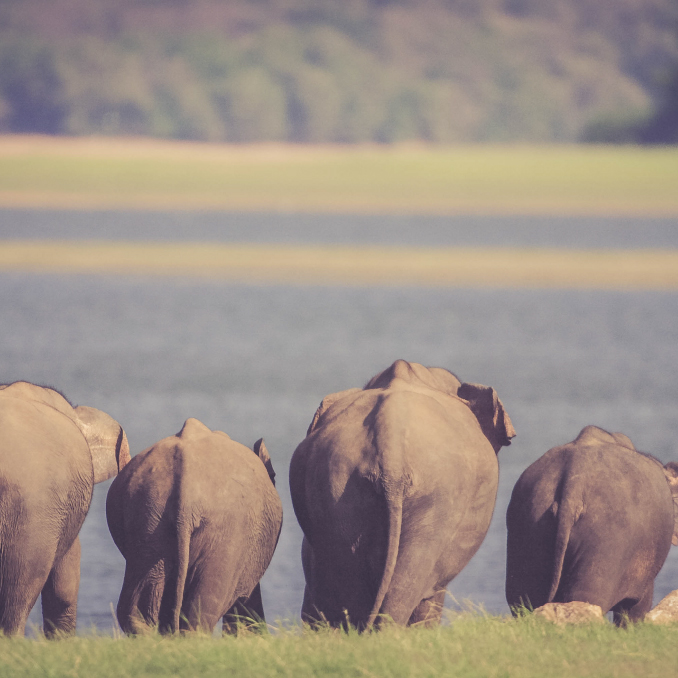 Drive :  4 hour and half hour drive


Today you will have an amazing opportunity to experience elephants in their wild sphere at the Minneriya National park! Sri Lankaâ€™s wild elephants make their annual â€œGatheringâ€ here, and you havenâ€™t lived until youâ€™ve sat in a herd of these majestic animals in the low lying trees and expansive grass lands and heard their rumbling chatter in their natural habitat. The vast sanctuary is also home to wild buffaloes, sambar deer, crocodiles, sloth bear and more. 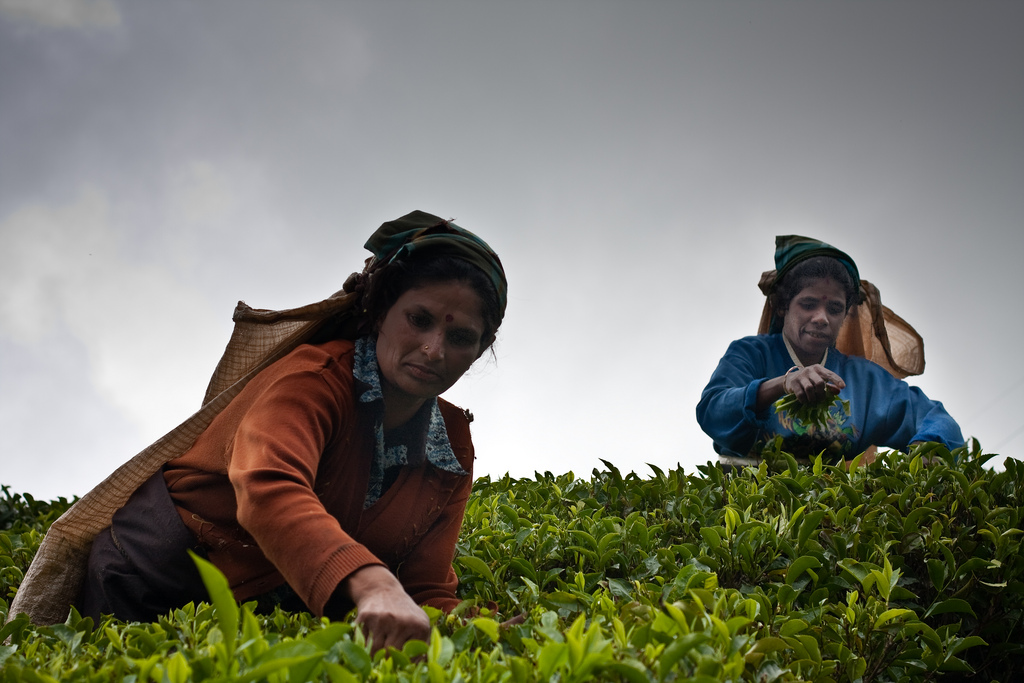 
Begin the morning, by mounting the mesmerizing rock fortress of Sigiriya â€“ a 5th Century â€œFortress in the Skyâ€. Â Admire the architectural marvel of how a kingâ€™s fortress was carved from a massive rock in the 5th century A.D. Continue your drive to the scenic hills of Nuwara Eliya – relish the drive through endless views of tea carpeted valleys and the bright flash of female â€œtea pluckersâ€ in their pimento, fuchsia and cerise saris. Welcome to Nuwara Eliya, Sri Lankaâ€™s tea growing Region! Visit a tea estate and factory to see how Ceylon tea is made.

Afterwards drive around the town to see the same. Often referred to as â€˜Little Englandâ€™, this genteel highland community does have a rose-tinted, vaguely British-country-village feel to it, with its colonial-era bungalows, Tudor-style hotels, well-tended hedgerows and pretty gardens. Do also indulge in a guided stroll of the town; pass the 18-hole golf course, the colonial members only Hill Club and English styled country homes. 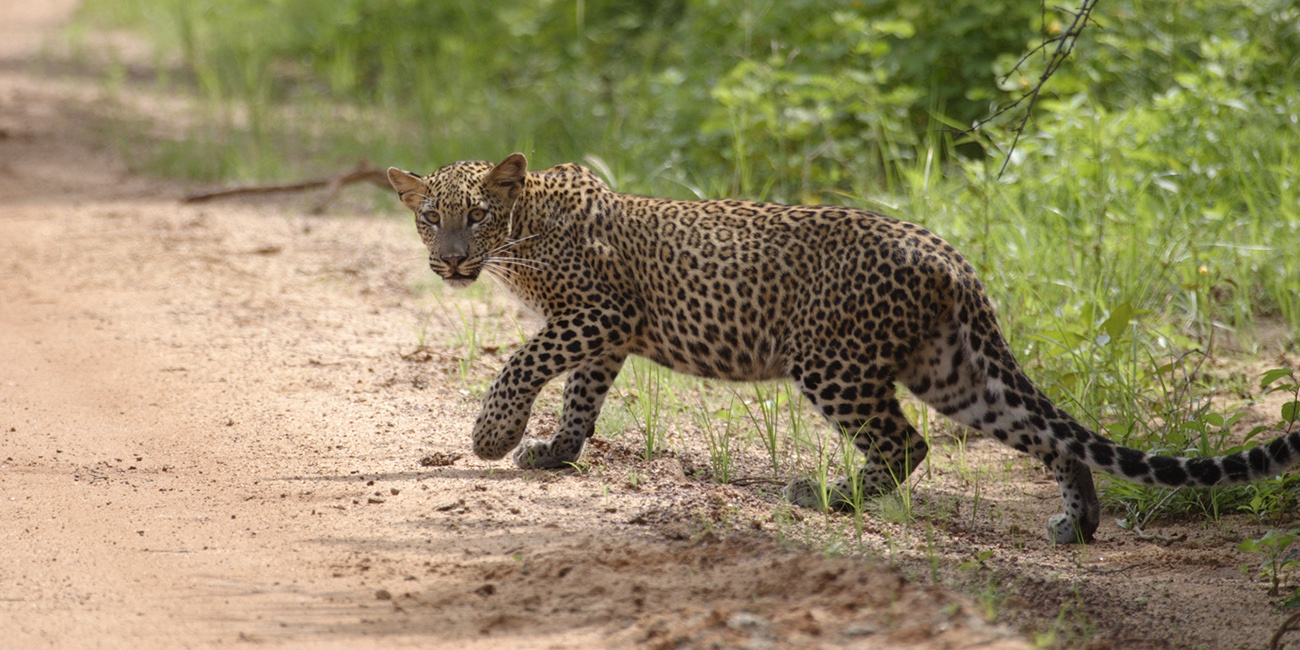 
From the hills of Nuwara Eliya descend to the jungles of Yala. One of the foremost places to visit in Sri Lanka, the Yala National Park is famous for the elusive leopard and has one of the highest densities of leopards in the world. The sloth bear and Asian elephant that are also part of Sri Lankaâ€™s Big Five can be spotted. With some good luckÂ you will witness all the creatures over an afternoon safariÂ  (3.00pm â€“ 6.00pm) accompanied by a naturalist guide. 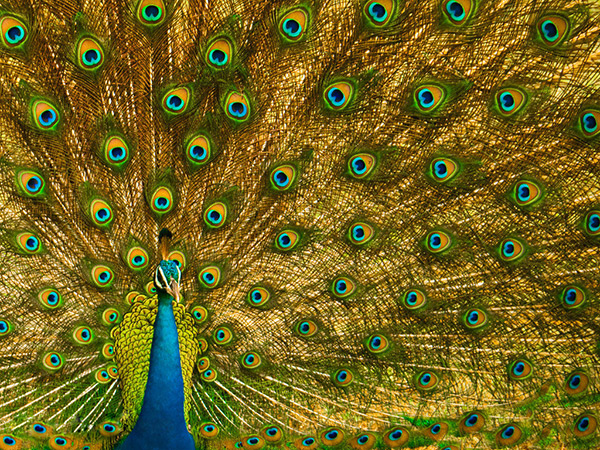 Begin your wildlife adventure by commencing a bird watching safari at the Bundala National Park! A popular reserve for birdwatchers and wildlife enthusiasts alike, this thorny scrub jungle with its beaches, sand dunes and lagoons has become known for its varied biodiversity of 197 species of birds and 32 different mammal species!

Set out again on an evening jeep safari to cover the other areas of the extensive Yala National Park. With some luck you will be able to witness three of the Big Five creatures; the elusive leopard, the sloth bear and the Asian elephant over an evening safari accompanied by a naturalist guide. This safari is also a unique opportunity to observe the rural agrarian life which revolves around the five lakes of the park. This visit will enlighten you on the traditional irrigation methods, including intricate canals, channels, locks, some of which are centuries old. 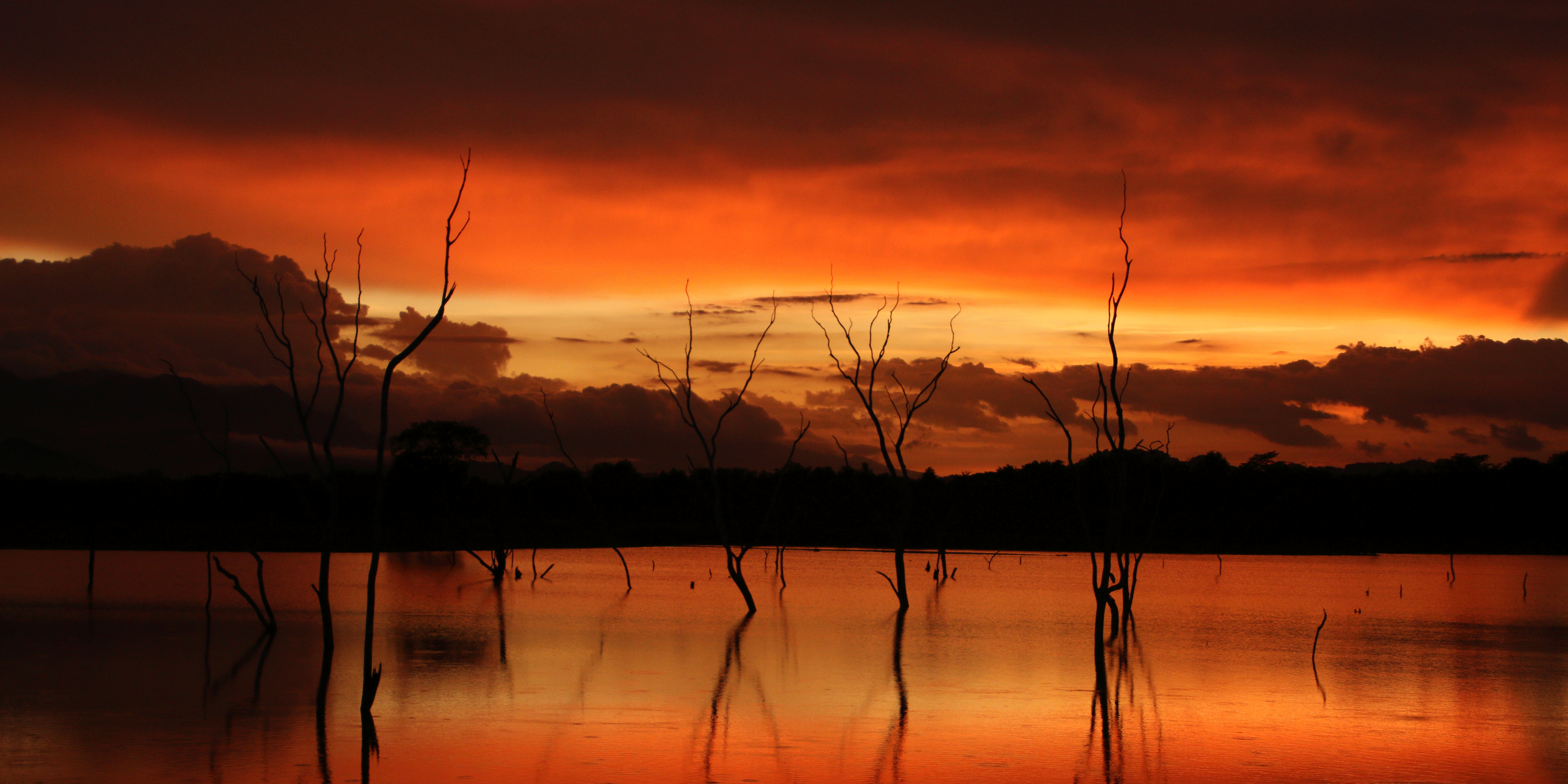 
Today, you may venture to the depths of the island, towards Udawalawe National Park! The Park covers an area of 30,821 hectares, and includes a large reservoir and the Udawalawe Tank. The park is also home to an estimated 500 elephants: best spotted by the river or streams and reservoirs, wild buffalo, sambar deer, mongooses, bandicoots, foxes, water monitors crocodiles, and even the occasional sloth bear and leopard.

With some good luck you will witness all these creatures and more over an evening jeep safari (3.00pm â€“ 6.00pm) accompanied by a naturalist guide. 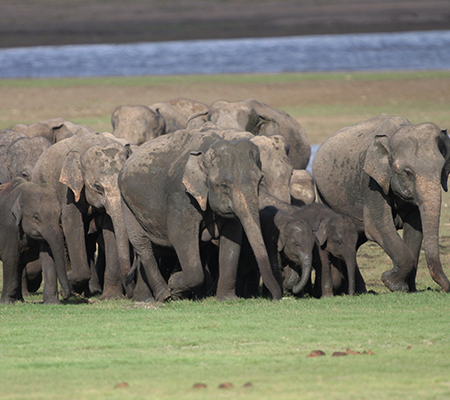 Drive :  2 hour and half hour drive


Begin your day, by dropping by the Elephant Transit Centre, where orphaned and injured elephants are cared for until they are able to return to the park.

Continue your journey to the green paradise of Sinharaja; Sri Lankaâ€™s last surviving area of primary tropical rainforest. The rainforest will offer you a memorable opportunity to observe wildlife whilst trekking through itsâ€™ parts of which are still untouched and remain a virgin forest. Once in depth of the forestry, enjoy both a morning and evening private bird watching trek in the Forest led by a naturalist guide. More than sixty percent of the flora is endemic and many of them are considered rare. There is much endemic wildlife, especially birds, but the reserve is also home to over fifty percent of Sri Lankaâ€™s endemic species of mammals and butterflies as well as many varieties of insects, reptiles and rare amphibians.

Whilst being caressed by the sun, listen to the concert played by the animal kingdom in the rainforest backed by the sound of the many small waterfalls. 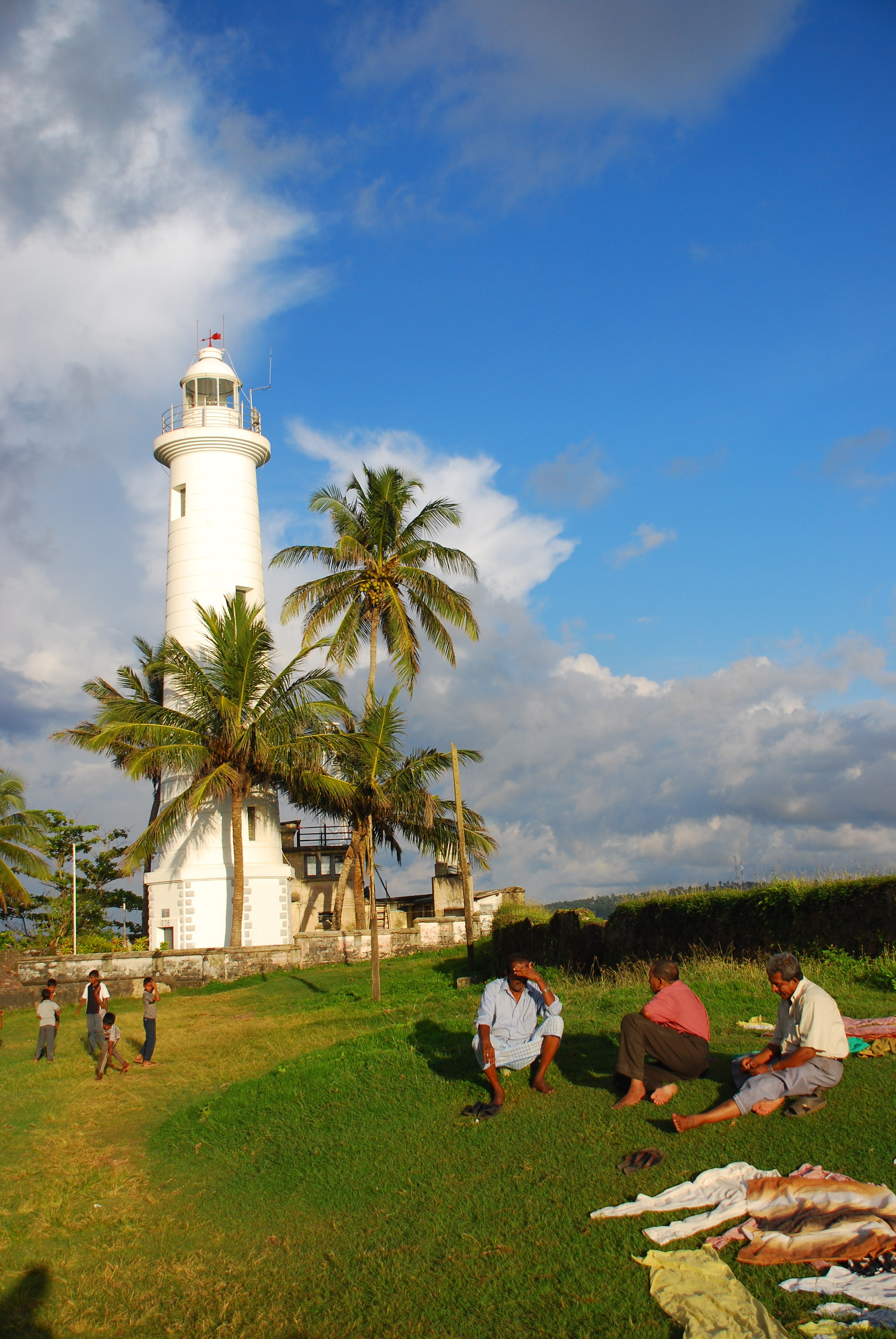 
Drive towards the Southern Coast of the island to Galle. Galle is the countryâ€™s oldest living city and is sure to capture your interest, with its historic sites and its unique fusion of European and Arabic cultural and architectural influences. Â In the afternoon, explore the Galle Fort with its low lined streets and history behind its Rampart. The Fort remains a hive of activity and is one of the few World Heritage listed sites in which a bustling population continues to thrive. Walk through the alleys lined with stores and restaurants. After you have explored the city you could proceed to do some shopping in the very heart of Galle. You will come across shops with fine variety of gems and jewelries, antiques, art galleries and Design stores. 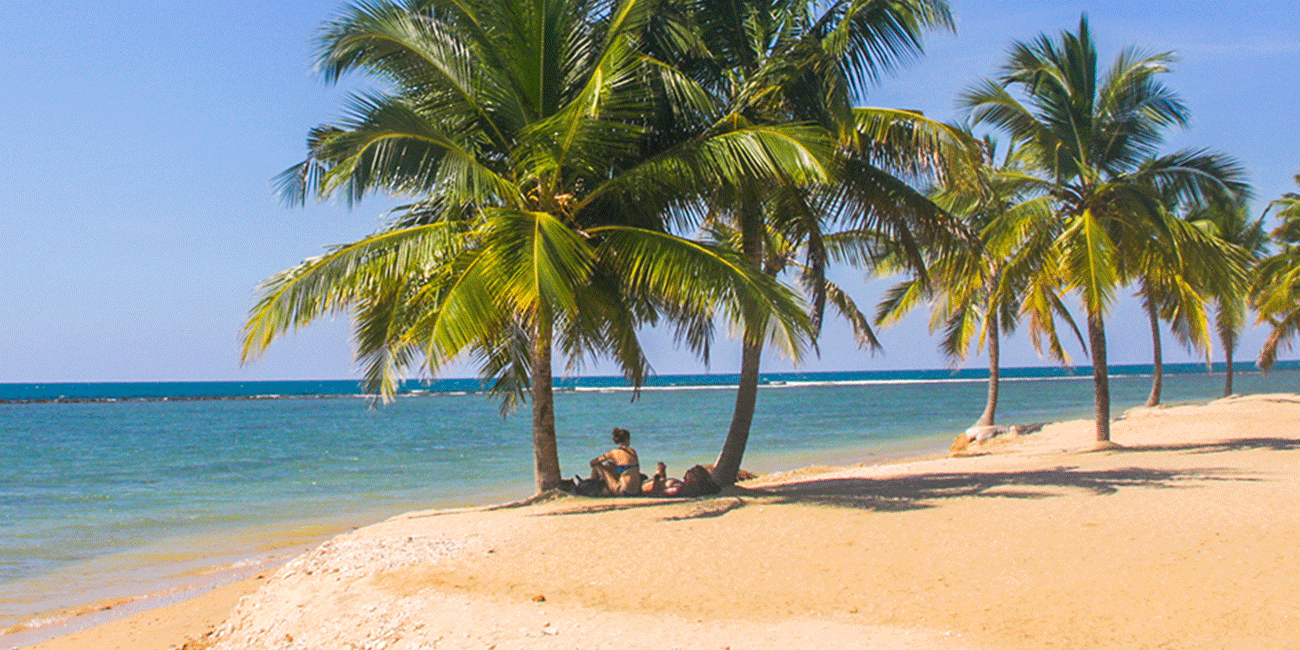 
Set off on your early morning expedition to encounter the activity of Whales and Dolphin watching; the Gentles Giants of the Ocean. As you set off on the boat cruise, listen to the cacophony of tunes created by spinner dolphins, travelling in pods. In the deeper waters, you will spot the blue whales travelling in groups. As you venture further out are the sperm whales that travel in solitude. This makes Sri Lanka unarguably the best place in the world to sight both blue and sperm whales together. Donâ€™t forget your camera to catch their tails flip.

Retreat to the comforts of your hotel for a peaceful relaxation on the sand swept Beaches! 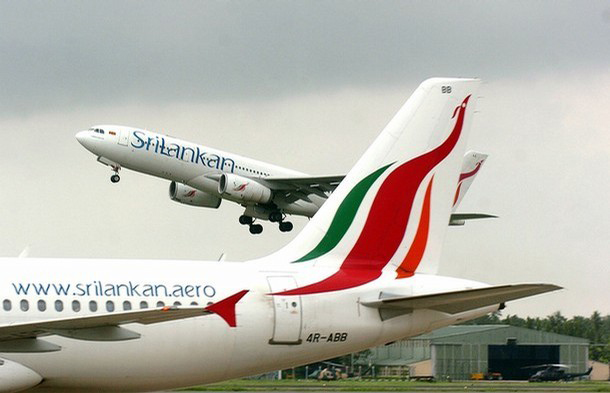 Drive :  2 and half hour drive


As all good things must come to an end, we bid you farewell as our Chauffeur Guide transfers you to the Airport to meet your departure flight home.

Any cookies that may not be particularly necessary for the website to function and is used specifically to collect user personal data via analytics, ads, other embedded contents are termed as non-necessary cookies. It is mandatory to procure user consent prior to running these cookies on your website.